The Hammer is a Chimeran mech that exclusively appears in Resistance: Retribution.

The Hammer is armed with a pulse fire machine gun and energy missiles. Unlike its mechanical counterparts such as the Stalker and Goliath, the Hammer is notable for having only been built with two legs for increased mobility. After the events of Retribution, it would appear that the Chimera stopped constructing these mechs, as they do not appear in Resistance 2.

Hammers can be found throughout the game, normally as boss fights. However, there are two occasions where the player can take control of a Hammer and utilizing its weapons to progress through a level - in "Scars run Deep" and "Retribution Lost". 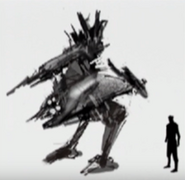 Early concept art of the Hammer 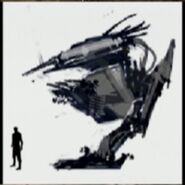 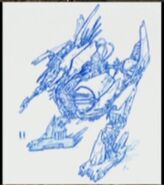 James Grayson shooting at a Hammer

A Hammer in Bonn

The view from inside a Hammer