Hags are another product of a human woman infected by the Chimeran virus. This strain has a rather large head and a very durable skin. Hags can also float and fly, unlike their Boiler cousins. The Hag exclusively appears in Resistance: Retribution.

Likely due to their longer transformation period unlike the Boiler strain, Hags have a noticeably larger heads, and are able to levitate and attack with psycho-kinetic attacks. These attacks not only harm the victim, but also leaves them vulnerable to other Chimeran forces. However, despite these advantages, Hags suffer the same weakness as Boilers, with their heads being particularly vulnerable to gunfire, often exploding similarly to their other variant. 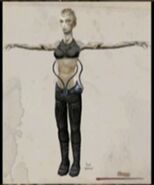 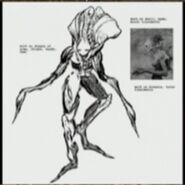 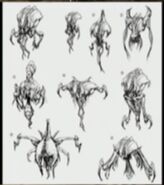 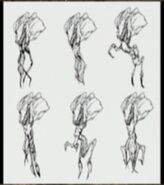