Earth is the third planet from the Sun, and the densest and fifth-largest of the eight planets in the Solar System.

According to SRPA researchers, about 60 million years ago Earth was a battle site between the Chimera (or their creators the Pure Chimera) and another alien race. It is unknown what the outcome of this war was, but it was reported to be so significantly devastating that the Chimera had to abandon Earth. About 200,000 years ago, the human race emerged.

Eventually, humans, originally consisting of groups of hunter-gatherers, began to develop civilizations. These civilizations gradually became more and more complex, with some becoming nation-states and empires. By the year 1914, most of the world was divided into two factions, the Triple Entente, or Allies: the United Kingdom, France, and Russia, and the Triple Alliance, or Central Powers: Germany, Austria-Hungary, and other nations of similar ideals. The Central Powers were defeated at the end of the Great War in 1918, resulting in a three decade long period of peace and prosperity among the world's nations.

The Chimera, for an unprecedented absence, returned to Earth in 1908 in the Tunguska Event. Within two decades, the Chimera fought humanity in Russia in 1927. By late 1949 the Chimera expanded their forces out of Russia and invaded Europe and Asia. It is not until the Battle of London in 1951 proves a devastating blow to the Chimera which by a month later after the battle, the Chimera lost complete control over Western Europe. However, by 1953, the Chimera made a strategic come back in which they succeeded in invading and devastating the United States and completed their goal in opening a wormhole to their apparent homeworld to Earth. By 1957, the Chimera practically dominated the planet and were in the process of terraforming the planet into a colder environment and annihilating the remnants of the human race. However, through the actions of Joseph Capelli, the wormhole was close off to Earth and the Chimera's terraformation process through a Chimeran tower in New York City was destroyed.

Following the destruction of the Chimeran tower in New York City and the closing of the wormhole, humanity began to regain control over Earth as Chimeran forces around the world are being repelled. At the end, News media, from all over the world, report their successes against the Chimeran forces. Many pictures were seen at the end (such as the rebuilding of Statue of Liberty and New York City) implying that humanity has finally won the war against the Chimera and are now rebuilding the world and their civilization. 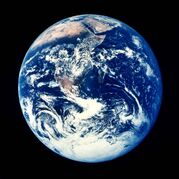